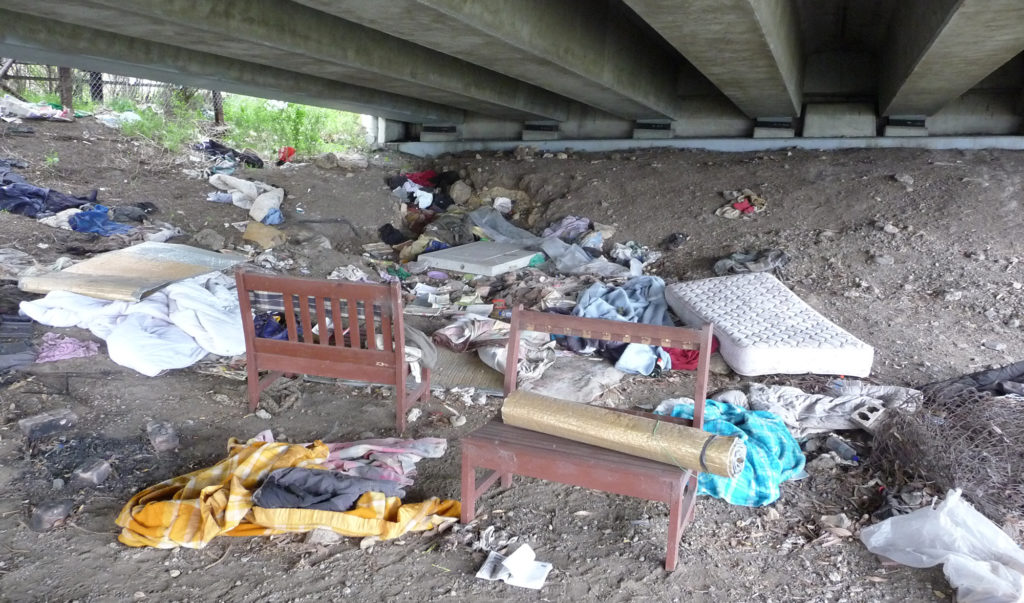 Having a place to call home isn’t just about living inside four walls and a roof. A house is a foundation of security and safety. It’s a basic need that everyone must-have.

Unfortunately, approximately 1 in 200 Australians find themselves without a safe place to sleep at night.

To understand this problem better, let’s look at these 10 shocking facts about homelessness in Australia.

Fact 1: The average life expectancy is between 45 and 47 years of age for homeless men

New resarch concluded that homeless men living on the street in Australia have a lower life expectancy compared to some of the poorest countries in the world.

The average life expectancy of homeless men living more than ten years on the street is 45 - 47 years old.

Since these homeless men sleep out in the cold almost every night, their bodies are working harder to regulate their temperature and maintain heat. Being on the street can cause a lot of other serious health issues.

According to data, homelessness has increased mostly in capital cities. Sydney has the highest increase of 48%, followed by Darwin (up 36%) and Brisbane (up 32%).

There has been a disproportionate rise in rough sleeping during the past five years which highly affected the rise of homelessness. Nationally there was a 20% increase in homeless people sleeping on the street from 2011 to 2016.

Aside from that, one of the biggest changes to this growing problem is severe overcrowding. The past decade had an 88% increase in those affected by overcrowding where people are sharing homes with multiple families.

Fact 3: Up to 21% of homeless people sleeping on the street have suffered Hypothermia, Frostbite or Trenchfoot.

Up to 21% of people sleeping on the street in Australia have suffered avoidable cold weather illnesses hypothermia, frostbite or trenchfoot. These illnesses only occur when people are cold and wet. Body heat is lost 5 times faster when a person is wearing wet clothes – this increases more when there is a wind chill.

Hypothermia is life threatening and can lead to death in a short period of time.

Fact 4: Australia does not provide emergency accommodation to everyone who needs it

In 2018–19 there were an average of 253 requests for accommodation that were not met across Australia every day.  This was a total of 92,300 unassisted accommodation requests. This was an increase of 6,200 more unmet requests than the year before.

Homelessness is a Human Rights issue – especially for people sleeping on the street. Australia is one of the nations that authored the Universal Declaration of Human Rights.

For example the severe stress of finding cardboard to sleep on each night and being provided inadequate emergency bedding impacts on the human rights of street sleeping homeless people:

Fact 6: Children who experience homelessness are more likely to experience it as an adult

Domestic and family violence is the main reason for homelessness for most homeless women and children in Australia. Homelessness has become a cycle and according to statistics, most children who experience homelessness are most likely to experience it again as an adult.

Fact 7: Social housing only accounts for 4% of all dwellings in Australia

Social housing makes up only 4% of all dwellings in Australia and lack of housing affordability is responsible for increasing homelessness. There was a 7% drop in investment in affordable and social housing between 2011 to 2016.

The sad reality is that the rising cost of housing is one of the many key contributors to poverty. 613,000 Australians have fallen below the poverty line just because of the high housing costs in the last five years.

Low-cost renters are also feeling the pressure of paying rent that counts to 30% or more of their monthly salary.

Since it has the largest population, it also makes sense that NSW has the highest percentage of homelessness growth over the past 5 years. Because of many different factors, more and more people are becoming homeless every day.

If you look at the data above, you can see that even states with small populations like Tasmania have increased their number of homelessness. Although the numbers are going down in Australian Capital Territory and Western Australian, it’s still alarming that the numbers have gone up in most states.

Fact 9: People aged 55 years and over make up 16% of the total homeless population

Although the life expectancy for homeless people is quite low, homeless people aged 55 years and above make up about 16% of the total homeless population in Australia. 27% of this age group lives in boarding houses while 24% of them are staying temporarily in other households.

There are over 144,000 Australian households awaiting public rental housing.
Eligible applicants who don’t have a “priority need” can wait up to ten years to be housed. People sleeping on the street are given a high priority on the wait list.

Applicants also face strict eligibility checks to remain on the waiting list. If an applicant simply does not respond (which is difficult for homeless people without an address) they may be suspended or removed from the list.